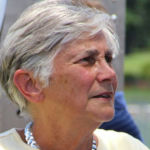 Why Is Diane Ravitch Influential?

According to Wikipedia, Diane Silvers Ravitch is a historian of education, an educational policy analyst, and a research professor at New York University's Steinhardt School of Culture, Education, and Human Development. Previously, she was a U.S. Assistant Secretary of Education. In 2010, she became "an activist on behalf of public schools". Her blog at DianeRavitch.net has received more than 36 million page views since she began blogging in 2012. Ravitch writes for the New York Review of Books.

Other Resources About Diane Ravitch

What Schools Are Affiliated With Diane Ravitch?

Diane Ravitch is affiliated with the following schools: