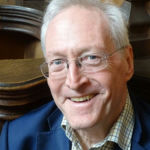 Why Is Diarmaid MacCulloch Influential?

The Reverend Diarmaid Ninian John MacCulloch was born in Kent, England in 1951. He was educated at Churchill College, where he received a Bachelor of Arts and eventually, Master of Arts degrees. He was awarded his PhD in Tudor History in Cambridge in 1977.

A decade later, MacCulloch was ordained as a deacon for the Church of England, serving only about a year before the church’s position on homosexuality made continuing to minister untenable. He chose not to pursue priesthood as he felt that he could not do so honestly, and the church would not accept him being gay. He went on to earn his Doctor of Divinity degree from the University of Oxford.

Despite leaving the ministry, MacCulloch has continued with his research into ecclesiastical history and the history of the Christian faith, publishing books such as Reformation: Europe’s House Divided 1490-1700 (winner of the National Book Critics Circle Award) and A History of Christianity (winner of the Hessell-Tiltman Prize and the Cundill Prize).

His documentary work is also notable. His BBC documentary’s on Thomas Cromwell and Sex and the Church were critically acclaimed.

In 2012, MacCulloch was knighted during the New Year Honours, and today serves as a fellow of St. Cross College, Oxford and as a professor at the University of Oxford.

According to Wikipedia, Diarmaid Ninian John MacCulloch is an English academic and historian, specialising in ecclesiastical history and the history of Christianity. Since 1995, he has been a fellow of St Cross College, Oxford; he was formerly the senior tutor. Since 1997, he has been Professor of the History of the Church at the University of Oxford.

Other Resources About Diarmaid MacCulloch

What Schools Are Affiliated With Diarmaid MacCulloch?

Diarmaid MacCulloch is affiliated with the following schools:

What Are Diarmaid MacCulloch's Academic Contributions?

Diarmaid MacCulloch has made the following academic contributions: