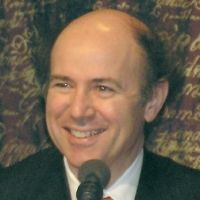 Why is this person notable and influential?
By Erik J. Larson

Frank Wilczek was born in Mineola, New York in 1951. He earned his BSc degree in mathematics from the University of Chicago and proceeded to complete MA and PhD degrees at Princeton in Math and Physics respectively. Wilczek is currently the Herman Feshbach Professor of Physics at the Massachusetts Institute of Technology (MIT). He is also Founding Director of the T. D. Lee Institute as well as Chief Scientist at the Wilczek Quantum Center at Shanghai Jiao Tong University (SJTU). Further, he is Distinguished Professor at Arizona State University (ASU) and full Professor at Stockholm University.

Wilczek’s research focuses on a number of key areas on physics, including pure particle physics (such as the interactions between fundamental forces), the behavior of matter such as quarks, the application of particle physics to cosmology (our theory of the universe), the application of field theory to the physics of condensed matter, and quantum theories of black holes. His reach in physics is truly impressive. Early on, as a graduate student, Wilczek proved an important result known as asymptotic freedom, describing the interaction between quarks and the strong interaction force. He has gone on to work on many other core problems in physics.

Wilczek was awarded the Nobel Prize in Physics in 2004 along with David Gross and H. David Politzer for the theory of asymptotic freedom. He received a MacArthur Fellowship in 1982, and won the Dirac Medal in 1994.

Frank Anthony Wilczek is an American theoretical physicist, mathematician and a Nobel laureate. He is currently the Herman Feshbach Professor of Physics at the Massachusetts Institute of Technology , Founding Director of T. D. Lee Institute and Chief Scientist at the Wilczek Quantum Center, Shanghai Jiao Tong University , Distinguished Professor at Arizona State University and full Professor at Stockholm University.

Public university near Goleta, California, United States and part of the University of California system