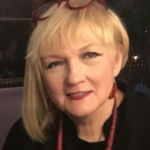 Why Is Griselda Pollock Influential?

Griselda Pollock is professor of social and critical histories of art at the University of Leeds and is regarded as one of the most influential scholars of feminist theory, gender studies, and modern, avant-garde, postmodern and contemporary art. She studied at Oxford University (modern history) and Courtauld Institute of Art (history of European art).

Pollock has paid particular attention to the interactions of gender, class and art, with extensive work on the role of women in art history. Viewed through the lens of Michel Foucalt’s theories on social control, she has studied the life and work of artists such as Vincent Van Gogh, Mary Cassatt, Eva Hesse and Louise Bourgeois. As the founding director of the Centre for Cultural Analysis, Theory and History at the University of Leeds, she has created a space for the exploration and creation of feminist art.

In addition to her research and leadership roles, she has written numerous books and other works. Among her publications are Avant-Garde Gambits: Gender and the Colour of Art History, After-effects/After-images: Trauma and Aesthetic Transformation in the Virtual Feminist Museum, and Charlotte Salomon and the Theatre of Memory.

Most recently, Pollock was named the 2020 Holberg Prize Laureate for her contributions to feminist art.

According to Wikipedia, Griselda Frances Sinclair Pollock is an accomplished art historian and cultural analyst of international, postcolonial feminist studies in the visual arts and visual culture. Since 1977, Pollock has been one of the most influential scholars of modern, avant-garde art, postmodern art, and contemporary art. She is a major influence in feminist theory, feminist art history and gender studies. She is renowned for her innovative feminist approaches to art history which aim to deconstruct the lack of appreciation and importance of women in art as other than objects for the male gaze.

Other Resources About Griselda Pollock

What Schools Are Affiliated With Griselda Pollock?

Griselda Pollock is affiliated with the following schools: