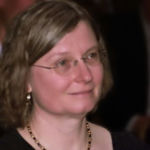 Why Is Ingrid Daubechies Influential?

Areas of Specialization: Wavelets, Inverse Problems, Shape Space, Time-Frequency Analysis
Daubechies is the James B. Duke Professor of Mathematics at Duke University. Prior to Duke, Daubechies was William R. Kenan Jr. Professor of Mathematics at Princeton University from 2004-2011. She was the first female full professor of mathematics at the Ivy League institution. Daubechies is one of the most widely cited mathematicians, and is world renowned for her work on the mathematics of image compression, known as wavelets (an area of relevance to computer science and other disciplines in addition to mathematics). From Belgium, Daubechies received her bachelor’s in physics at the Vrije Universiteit Brussel in 1975. She received her Ph.D. from CNRS Center for Theoretical Physics in Marseille, France in 1980.

Daubechies proved an important result in wavelet theory that extended the theory to digital signal processing, a result of significant theoretic and practical significance. Her work on wavelets has made her one of the most influential mathematicians of our era. Notably, Daubechies has also been active in encouraging women to pursue studies and careers in mathematics and other cognate fields (like physics). She is co-founder of the Duke Summer Workshop in Mathematics for promising female students.

Daubechies was awarded the MacArthur Fellowship for her pivotal work in mathematics, and was elected to the American Academy of Arts and Sciences in 1993. She received the Steele Prize for Exposition for her book Ten Lectures on Wavelets in 1994. She was also the first female president of the International Mathematical Union, among other notable distinctions.

According to Wikipedia, Baroness Ingrid Daubechies is a Belgian physicist and mathematician. She is best known for her work with wavelets in image compression. Daubechies is recognized for her study of the mathematical methods that enhance image-compression technology. She is a member of the National Academy of Engineering, the National Academy of Sciences and the American Academy of Arts and Sciences. She is a 1992 MacArthur Fellow. She also served on the Mathematical Sciences jury for the Infosys Prize from 2011 to 2013.

Other Resources About Ingrid Daubechies

What Schools Are Affiliated With Ingrid Daubechies?

Ingrid Daubechies is affiliated with the following schools: