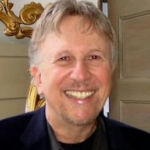 Why Is Jack Sarfatti Influential?

According to Wikipedia, Jack Sarfatti is an American theoretical physicist. Working largely outside academia, most of Sarfatti's publications revolve around quantum physics and consciousness. Sarfatti was a leading member of the Fundamental Fysiks Group, an informal group of physicists in California in the 1970s who, according to historian of science David Kaiser, aimed to inspire some of the investigations into quantum physics that underlie parts of quantum information science. Sarfatti co-wrote Space-Time and Beyond and has self-published several books.

Other Resources About Jack Sarfatti

What Schools Are Affiliated With Jack Sarfatti?

Jack Sarfatti is affiliated with the following schools: