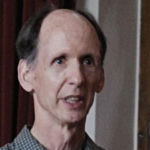 Why Is James Clifford Influential?

According to Wikipedia, James Clifford is an interdisciplinary scholar whose work combines perspectives from history, literature, history of science, and anthropology. Biography He grew up in New York City and was for thirty-three years Professor in the History of Consciousness Department at the University of California, Santa Cruz until his retirement in 2011. Clifford and Hayden White were the first faculty directly appointed to the graduate-only department at UC-Santa Cruz. Clifford served as department Chair from 2004–2007, and was the founding director of UCSC's Center for Cultural Studies. He has been a visiting professor in France, England and Germany and was elected to the American Academy of the Arts and Sciences in 2011.

Other Resources About James Clifford

What Schools Are Affiliated With James Clifford ?

James Clifford is affiliated with the following schools: