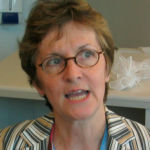 Why Is Janet Rossant Influential?

Janet Rossant is president and Science Director at Gairdner Foundation, a senior scientist in the developmental & stem cell biology program, chief of research at the Hospital for Sick Children Research Institute, university professor at the University of Toronto teaching molecular genetics, pediatrics, and obstetrics/gynecology. He is deputy scientific director for the Canadian Stem Cell Network and senior editor of the journal eLife. She earned a B.A. in zoology from the University of Oxford and a Ph.D. in mammalian development from the University of Cambridge.

Rossant uses live imaging, proteomics, genetic manipulation, and single-cell expression analysis to study human cell biology and development. Her work has advanced our understanding of the human genome, how stem cells and human embryos develop, how we treat congenital abnormalities, and how we use cancer drugs.

Her work on genes in embryo development is world-renowned. She contributed to the discovery of the trophoblast stem cell – a discovery that has helped doctors and scientists to better understand congenital abnormalities in the placenta, blood vessels, and heart. Much of her work has built on the use of gene manipulation in mouse embryos, which has yielded a better understanding of the human genome.

In 2015, she won the 2015 Gairdner Wightman Award. Most recently, she was among five honorees for the L’Oreal-UNESCO for Women in Science Award.

According to Wikipedia, Janet Rossant, is a developmental biologist well known for her contributions to the understanding of the role of genes in embryo development. She is a world renowned leader in developmental biology. Her current research interests focus on stem cells, molecular genetics, and developmental biology. Specifically, she uses cellular and genetic manipulation techniques to study how genes control both normal and abnormal development of early mouse embryos. Rossant has discovered information on embryo development, how multiple types of stem cells are established, and the mechanisms by which genes control development. In 1998, her work helped lead to the discovery of the trophoblast stem cell, which has assisted in showing how congenital anomalies in the heart, blood vessels, and placenta can occur.

Other Resources About Janet Rossant

What Schools Are Affiliated With Janet Rossant?

Janet Rossant is affiliated with the following schools: