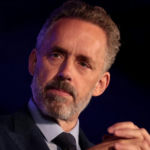 Why Is Jordan Peterson Influential?

Since 2016, when Peterson began broadcasting on YouTube his principled opposition to Canada’s Bill C-16, “An Act to amend the Canadian Human Rights Act and the Criminal Code,” Peterson has risen from an academic professor doing research and teaching clinical psychology to a media sensation. He lectures and gives talks regularly on topics such as abnormal, social and personality psychology and has attracted a large following online (numbering in the millions) for his content on personal growth, taking responsibility, as well as the significance of traditional belief systems for psychological health and growth. His book 12 Rules for Life: An Antidote to Chaos, which came out in 2018, was a best-seller. Peterson is also known for his critical stance toward political correctness, which he views as potentially corrosive to open dialogue and healthy society.

Peterson was also a post-doctoral researcher at McGill University and an associate professor of psychology at Harvard University, where he performed research on rises in aggression from drug and alcohol abuse. His intellectual interests range widely; he is also interested in the rise of totalitarian governments and has studied the Cold War period in the West as well as the totalitarian regimes of the Soviet Union and Nazi Germany. He counts among his major influences the pioneering psychologist Carl Jung.

According to Wikipedia, Jordan Bernt Peterson is a Canadian clinical psychologist, media personality, author, and professor emeritus at the University of Toronto. He began to receive widespread attention as a public intellectual in the late 2010s for his views on cultural and political issues, often described as conservative. Peterson has described himself as a "classic British liberal" and a "traditionalist".

Other Resources About Jordan Peterson

What Schools Are Affiliated With Jordan Peterson?

Jordan Peterson is affiliated with the following schools: