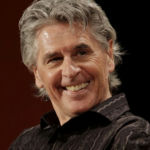 Why Is Keith Devlin Influential?

Devlin is formerly a Consulting Professor of Mathematics at Stanford University and now co-founder and Executive Director of Stanford’s Human-Sciences and Technologies Advanced Research Institute, founded in 2006. He is also a member of Stanford’s Center for the Study of Language and Information (CSLI), an important research center for work in computational linguistics, computer science, and mathematics. Devlin received his bachelor’s (special) in mathematics at Kings College, London and his Ph.D. in Mathematics from the University of Bristol in 1971.

Devlin is a prolific writer about mathematics and related scientific disciplines, writing both for specialists and a general readership. He has authored over 30 books during his storied career as a mathematician, and 80 research articles! No wonder, then, that in 2007 Devlin was awarded the Carl Sagan Prize for Science Popularization. These days, Devlin’s research is focused mainly on applying media and other technologies to help students and others learn about math. For instance, he is co-founder and president of BrainQuake, a company that makes video games to facilitate learning mathematics. He is also known as the “Math Guy” on NPR’s Weekend Edition Saturday, where he is a commentator.

Devlin became a Fellow of the American Mathematical Society in 2012.

According to Wikipedia, Keith J. Devlin is a British mathematician and popular science writer. Since 1987 he has lived in the United States. He has dual British-American citizenship. Biography He was born and grew up in England, in Kingston upon Hull. There he attended a local primary school followed by Greatfield High School in Hull. In the last school year he was appointed Head Boy. Devlin earned a BSc in Mathematics at King's College London in 1968, and a PhD in Mathematics at the University of Bristol in 1971 under the supervision of Frederick Rowbottom.

Other Resources About Keith Devlin

What Schools Are Affiliated With Keith Devlin?

Keith Devlin is affiliated with the following schools:

What Are Keith Devlin's Academic Contributions?

Keith Devlin has made the following academic contributions: