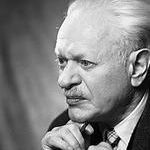 Why Is Kenneth Burke Influential?

According to Wikipedia, Kenneth Duva Burke was an American literary theorist, as well as poet, essayist, and novelist, who wrote on 20th-century philosophy, aesthetics, criticism, and rhetorical theory. As a literary theorist, Burke was best known for his analyses based on the nature of knowledge. Further, he was one of the first individuals to stray from more traditional rhetoric and view literature as "symbolic action."

Other Resources About Kenneth Burke

What Schools Are Affiliated With Kenneth Burke?

Kenneth Burke is affiliated with the following schools: