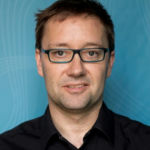 Why Is Kristian Skrede Gleditsch Influential?

He has a number of publications, including All International Politics is Local: The Diffusion of Conflict, Integration, and Democratization, and, in 2013, he published Inequality, Grievances and Civil War, which he co-wrote with Lars-Erik Cederman and Halvard Buhaug. Inequality was recognized in 2015 with the International Studies Association Annual Best Book Award.

Gleditsch is a recipient of the “Young Excellent Researcher” grant, which he held from 2007-2011. He has been part of the Peace Research Institute in Oslo since 2003 and a member of the board and former head of the Conflict Processes Section for the American Political Science Association. He is a fellow of the U.K. Academy of Social Sciences and a member of the Network of European Peace Scientists and of the International Peace Science Society.

His most recent article, titled, “A Two-Stage Approach to Civil Conflict: Contested Incompatibilities and Armed Violence”, was co-written with Henrikus Bartusevicius, and published in 2019.

According to Wikipedia, Kristian Skrede Gleditsch is a Norwegian political scientist and a professor at the University of Essex, holding the title of Regius Professor. His main fields of research are on the topics of conflict, democratistation and non-violent mobilisation.

Other Resources About Kristian Skrede Gleditsch

What Schools Are Affiliated With Kristian Skrede Gleditsch?

Kristian Skrede Gleditsch is affiliated with the following schools: