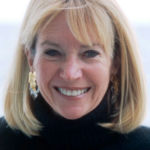 Why Is Marcia McNutt Influential?

Areas of Specialization: Oceanography, Volcanology
Marcia McNutt is the 22nd President of the United States’ National Academy of Sciences. She earned a bachelor’s degree in physics from Colorado College and a Ph.D in earth sciences from the Scripps Institution of Oceanography at the University of California, San Diego.

Her accomplishments are vast. She has served as chief scientist on a number of major oceanographic expeditions and conducted notable research on volcanoes and the rheology of “young” volcanoes. She served as the president and CEO of the Monterey Bay Aquarium Research Institute, during which time they built the Monterey Accelerated Research System, which is the very first cabled observatory to be placed in the deepest oceans. She has also been certified by the National Association of Underwater Instructors to be a scuba instructor and even trained with the United States Navy SEALs on underwater demolition and explosive handling.

In 2009, she was unanimously confirmed by the Senate to be the first female director of the United States Geological Survey and a science advisor for the United States Secretary of the Interior. Significant work was completed during her tenure at the USGS, including a geologic surface map of Io, one of Jupiter’s moons and among the most volcanically active locations in our solar system.

McNutt was elected as president of the National Academy of Sciences in 2016, a seat she will hold until at least 2022.

According to Wikipedia, Marcia Kemper McNutt is an American geophysicist and the 22nd president of the National Academy of Sciences of the United States. Previously, she served as editor-in-chief of the peer-reviewed journal Science from 2013 to 2016. McNutt holds a visiting appointment at the Scripps Institution of Oceanography. She is a member of the National Academies of Sciences, Engineering, and Medicine advisory committee for the Division on Earth and Life Studies and the Forum on Open Science. McNutt chaired the NASEM climate intervention committee who delivered two reports in 2015.

Other Resources About Marcia McNutt

What Schools Are Affiliated With Marcia McNutt?

Marcia McNutt is affiliated with the following schools: