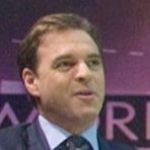 Why Is Niall Ferguson Influential?

Niall Ferguson was born in Glasgow, Scotland in 1964 and attended The Glasgow Academy. He received a demyship from Magdalen College in Oxford and graduated with his Doctor of Philosophy in 1989. He has credited his family for instilling within him a love for writing and critical thought. His reading of Leo Tolstoy’s War and Peace at the age of 15 inspired him to make his career studying history.

At times a polarizing figure, Ferguson has taught at institutions on both sides of the Atlantic, from Jesus College in Oxford to Harvard University in Cambridge, Massachusetts. He is the author of several books and produced numerous documentaries. His series, The Ascent of Money won an International Emmy award for Best Documentary in 2009.

In recent years, Niall Ferguson has drawn some criticism for his right-wing leanings, though he seems to relish his role as historical provocateur. In fact, he at times seems to enjoy a “devil’s advocate” role, pushing for counterfactual approaches to understanding history by focusing more on hypotheticals.

In 2012, Ferguson worked with the BBC to present four Reith Lectures examining economics and politics. These lectures, The Human Hive, The Darwinian Economy, The Landscape of Law, and Civil and Uncivil Societies, examined the interplay of politics with fiscal policy.

Ferguson became a naturalized American citizen in 2018 and is now a senior fellow at the Hoover Institution.

According to Wikipedia, Niall Campbell Ferguson is a Scottish-American historian and the Milbank Family Senior Fellow at the Hoover Institution at Stanford University. Previously, he was a professor at Harvard University, the London School of Economics and New York University, visiting professor at New College of the Humanities and senior research fellow at Jesus College, Oxford.

Other Resources About Niall Ferguson

What Schools Are Affiliated With Niall Ferguson?

Niall Ferguson is affiliated with the following schools:

What Are Niall Ferguson's Academic Contributions?

Niall Ferguson has made the following academic contributions: