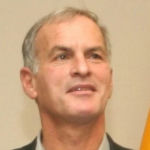 Why Is Norman Finkelstein Influential?

Norman Gary Finkelstein is an activist, author, professor and political science, specializing in the study of the Israeli-Palestinian conflict and the Holocaust. He earned a B.A. at Binghamton University and an M.A. and Ph.D. in political science from Princeton University. Both of Finkelstein’s parents survived the Warsaw Ghetto during the Holocaust, as well as a series of concentration and labor camps.

Unafraid of controversy, Finkelstein has written extensively on topics such as Zionism, Palestine and the exploitation of the Holocaust to further Israeli political and financial interests. His book, The Holocaust Industry: Reflections on the Exploitation of Jewish Suffering, suggests that Israel continues to leverage the horrors of the Holocaust in order to inoculate itself against criticism for human rights violations. The work caused strong feelings both for and against his thesis, reflective of the difficult nature of the debate.

According to Wikipedia, Norman Gary Finkelstein is an American political scientist, activist, former professor, and author. His primary fields of research are the Israeli–Palestinian conflict and the politics of the Holocaust. He is a graduate of Binghamton University and received his Ph.D. in political science at Princeton University. He has held faculty positions at Brooklyn College, Rutgers University, Hunter College, New York University, and DePaul University, where he was an assistant professor from 2001 to 2007.

Other Resources About Norman Finkelstein

What Schools Are Affiliated With Norman Finkelstein?

Norman Finkelstein is affiliated with the following schools: