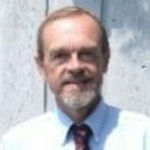 Why Is Philip Kitcher Influential?

Kitcher is widely regarded as one of the world’s best living philosophers. He has worked extensively on question at the core of the philosophy of science, such as the nature of good scientific theories and research programs. More recently, his interest in the American pragmatic philosopher John Dewey has led him to develop pragmatic ideas of value to the study of philosophy. In particular, pragmatism typically hold that ideas are true in so far as they have some practical use for us, a view that Dewey developed throughout his career.

Other Resources About Philip Kitcher

What Schools Are Affiliated With Philip Kitcher?

Philip Kitcher is affiliated with the following schools: