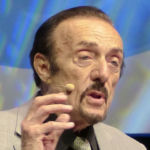 Why Is Philip Zimbardo Influential?

Zimbardo is best known for his infamous 1971 Stanford prison experiment, and what he termed “The Lucifer Effect,” discussed in the book of the same name. The experiment was received with controversy and criticism, both in terms of ethics and scientific rigor. Regardless, Zimbardo’s findings argue, in summary, that imbalances of power between people lead to corruption and abuse. Later, amid the fallout of the 2004 Abu Ghraib Prison torture scandal, Zimbardo published The Lucifer Effect: Understanding How Good People Turn Evil, examining the issue and reflecting what he found in his experiment. The book on the subject was popular among mainstream audiences, and remains a regular point of discussion in both college psychology and ethics courses. Other published works by Zimbardo include The Time Paradox which discusses the psychological science of time.

For his work, Zimbardo has received a variety of honors and awards, including the Gold Medal for Lifetime Achievement in the Science of Psychology from the American Psychological Foundation, and an honorary doctorate degree from SWPS University in Warsaw.

According to Wikipedia, Philip George Zimbardo is an American psychologist and a professor emeritus at Stanford University. He became known for his 1971 Stanford prison experiment, which was later severely criticized for both ethical and scientific reasons. He has authored various introductory psychology textbooks for college students, and other notable works, including The Lucifer Effect, The Time Paradox, and The Time Cure. He is also the founder and president of the Heroic Imagination Project.

Other Resources About Philip Zimbardo

What Schools Are Affiliated With Philip Zimbardo?

Philip Zimbardo is affiliated with the following schools:

What Are Philip Zimbardo's Academic Contributions?

Philip Zimbardo has made the following academic contributions: