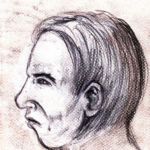 Why Is Richard Rorty Influential?

According to Wikipedia, Richard McKay Rorty was an American philosopher. Educated at the University of Chicago and Yale University, he had strong interests and training in both the history of philosophy and contemporary analytic philosophy, the latter of which came to constitute the main focus of his work at Princeton University in the 1960s. He subsequently came to reject the tradition of philosophy according to which knowledge involves correct representation of a world whose existence remains wholly independent of that representation.

Other Resources About Richard Rorty

What Schools Are Affiliated With Richard Rorty?

Richard Rorty is affiliated with the following schools:

What Are Richard Rorty's Academic Contributions?

Richard Rorty has made the following academic contributions: