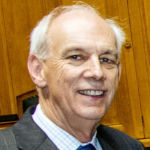 Political scientist from the United States

Why Is Robert Keohane Influential?

Robert Owen Keohane is professor of political science at the Woodrow Wilson School for Princeton University. He earned a B.A. from Shimer College and a Ph.D. from Harvard University. He held a Guggenheim fellowship and fellowships with the National Humanities Center and the Center for Advanced Study in the Behavioral Sciences.

Best known for his work on neoliberal institutionalism, world politics and transnational relations, he is among the most cited political science writers according to the Open Syllabus Project. He has taught at schools such as Brandeis, Harvard University, Duke University, Swarthmore College, and Stanford University.

His books include Power and Governance in a Partially Globalized World ,After Hegemony: Cooperation and Discord in the World Political Economy, and International Institutions and State Power: Essays in International Relations Theory . He has served as editor of International Organization, and president of the International Studies Association and the American Political Science Association.

Other Resources About Robert Keohane

What Schools Are Affiliated With Robert Keohane?

Robert Keohane is affiliated with the following schools: