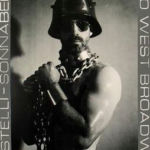 Why Is Robert Morris Influential?

According to Wikipedia, Robert Morris was an American sculptor, conceptual artist and writer. He was regarded as having been one of the most prominent theorists of Minimalism along with Donald Judd, but also made important contributions to the development of performance art, land art, the Process Art movement, and installation art. Morris lived and worked in New York. In 2013 as part of the October Files, MIT Press published a volume on Morris, examining his work and influence, edited by Julia Bryan-Wilson.

Other Resources About Robert Morris

What Schools Are Affiliated With Robert Morris ?

Robert Morris is affiliated with the following schools: