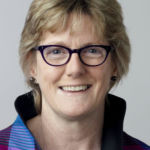 Why Is Sally Davies Influential?

Areas of Specialization: Sickle Cell Disease, Hematology, Antimicrobial Resistance
Sally Davies is Master of Trinity College at Cambridge. She earned an MB ChB from the University of Manchester’s Medical School and a Master of Science from the .

Davies is a leading expert in sickle cell disease and diseases of the blood and bone marrow. She has made major contributions to public health in the U.K, as Director-General of Research and Development at the Department of Health and later, as Chief Scientific Advisor to the Health Secretary. In 2010, she became England’s first female Chief Medical Officer, which somewhat mirrors the role of Surgeon General in the United States.

In her leadership role, she has pushed for guidelines on alcohol tolerance and the promotion and advertising of junk food, as well as pushing for greater equity in scientific research, to ensure that diagnostic and treatment guidelines remain valid across genders and ethnicities.

Davies was named a Dame Commander of the Order of the British Empire in 2009 for her outstanding contributions to medicine and was named the 6th most powerful woman in the UK in 2013 by BBC’s Radio 4. She became a fellow of the Academy of Medical Sciences in 2002 and of the Royal Society in 2014.

Featured in our ranking of The Most Influential Women in STEM

According to Wikipedia, Dame Sally Claire Davies is a British physician and academic administrator who served as the Chief Medical Officer for England from 2010 to 2019 and as the Chief Scientific Adviser at the Department of Health from 2004 to 2016 and worked as a clinician specialising in the treatment of diseases of the blood and bone marrow. She was appointed Master of Trinity College, Cambridge, on 8 February 2019, effective from 8 October 2019.

Other Resources About Sally Davies

What Schools Are Affiliated With Sally Davies ?

Sally Davies is affiliated with the following schools: