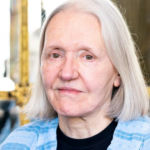 Why Is Saskia Sassen Influential?

Saskia Sassen is Robert S. Lynd Professor of Sociology at Columbia University and Centennial Visiting Professor for the London School of Economics. Born in 1947 in The Hague, Netherlands, she grew up in Buenos Aires, Argentina. Her father was a Nazi journalist and a member of the Waffen SS. She earned her M.A. and Ph.D from the University of Notre Dame and an additional master’s degree in philosophy from the University of Poitiers.

A recognized expert in urban sociology, Sassen is credited with coining the term, “global city” used to describe a population center integral to a larger global economic network. Weaving variables of inequality, gendering, and digitization through her study of urban politics, she has investigated the phenomena of transnational human migration, globalization, immigration, and denationalization.

She has written numerous books, such as The Global City: New York, London, Tokyo, Losing Control? Sovereignty in an Age of Globalization, and Expulsions: Brutality and Complexity in the Global Economy. For her significant accomplishments and scholarship in the field, she was honored with the Prince of Asturius Award in Social Sciences in 2013. She is a member and former chair of the Committee on Global Thought. The French government also recognized her as a Chevalier de l’Ordre des Arts et Lettres.

According to Wikipedia, Saskia Sassen is a Dutch-American sociologist noted for her analyses of globalization and international human migration. She is Robert S. Lynd Professor of Sociology at Columbia University and Centennial visiting Professor at the London School of Economics. Sassen coined the term global city.

Other Resources About Saskia Sassen

What Schools Are Affiliated With Saskia Sassen?

Saskia Sassen is affiliated with the following schools: