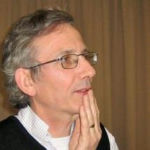 Why Is Simon Donaldson Influential?

Donaldson is a permanent member of the Simons Center for Geometry and Physics at Stony Brook University and Professor in Pure Mathematics at Imperial College, London. He is known for the eponymous Donaldson-Thomas theory of invariants in algebraic geometry (see also Andrei Akounkov above). Donaldson has a Bachelor of Arts degree in mathematics from Pembroke College in Cambridge University in 1979, and his Ph.D. from Oxford University in 1983.

Donaldson published a paper while working on his Ph.D. that made him famous. The paper, titled “Self-dual connections and the topology of smooth 4-manifolds,” stunned the mathematical world (though, perhaps, no one else understood it!), establishing an unanticipated result—namely, that there were “exotic” structures on so-called topological manifolds in differential mathematics. Donaldson’s unexpected result earned him a year as visiting scholar at Princeton’s IAS, a year visiting Stanford University to perform fundamental mathematics research, and a professorship at Imperial College London.

Donaldson won the Fields Medal in 1986. He won the Royal Medal in 1992 and the Polya Prize in 1999. Most recently, Donaldson received the Wolf Prize in Mathematics in 2020.

According to Wikipedia, Sir Simon Kirwan Donaldson is an English mathematician known for his work on the topology of smooth four-dimensional manifolds, Donaldson–Thomas theory, and his contributions to Kähler geometry. He is currently a permanent member of the Simons Center for Geometry and Physics at Stony Brook University in New York, and a Professor in Pure Mathematics at Imperial College London.

Other Resources About Simon Donaldson

What Schools Are Affiliated With Simon Donaldson?

Simon Donaldson is affiliated with the following schools: