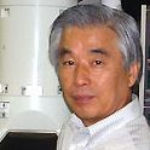 Why Is Sumio Iijima Influential?

Sumio Iijima is a University Professor at Meijo University, a physicist and inventor, best known for inventing carbon nanotubes. He earned a Bachelor of Engineering degree from the University of Electro-Communications and a master’s degree and Ph.D. in solid-state physics from Tohoku University.

His research and development work has focused on electron microscopy, crystalline and carbon materials, and ultra-fine particles. His discovery of carbon nanotubes occurred in 1991. Carbon nanotubes had been previously observed, but he was the first to understand what they were.

In 2017, he was awarded the Inaugural Platinum Medal from Indian Association of Nanoscience and Nanotechnology. He has also received the Kavli Prize in Nanoscience, the Balzan Prize, the Fujihara Award, and the Gregori Aminoff Prize. In 2002, he was recognized with the Benjamin Franklin Medal in Physics for his work on carbon nanotubes and atomic structure.

He is a fellow of the American Physical Society, The Japan Society of Applied Physics and the Microscopy Society of America.

He has been a prolific researcher, working with organizations such as the Nanotube Research Center, the SKKU Advanced Institute of Nanotechnology, the World Class University Program at Sunkyunkwan University, and the National Institute of Advanced Industrial Science and Technology.

According to Wikipedia, Sumio Iijima is a Japanese physicist and inventor, often cited as the inventor of carbon nanotubes. Although carbon nanotubes had been observed prior to his "invention", Iijima's 1991 paper generated unprecedented interest in the carbon nanostructures and has since fueled intense research in the area of nanotechnology.

Other Resources About Sumio Iijima

What Schools Are Affiliated With Sumio Iijima?

Sumio Iijima is affiliated with the following schools: