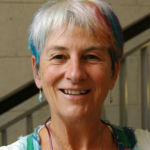 Why Is Susan Blackmore Influential?

Blackmore’s book The Meme Machine brought her into the public eye. She holds the view that “memes,” or cultural messages that spread from generation to generation, help explain the evolution and character of culture. The research area is known as memetics, and is based on an analogy with Darwinian evolution, but applied to the spread of cultural information. Blackmore initially held strong views of traditional cultural ideas like religion as acting in essence like a virus—spreading from person to person by missionary work rather than having any reality or benefit (and, like a virus, may even be harmful information). She later wrote in the UK’s Guardian that she no longer takes this position. Interestingly, Blackmore was once sympathetic to paranormal phenomena like out of body experiences, but has since adopted a skeptical position with regard to out of body experiences and indeed all paranormal or parapsychological claims. She is an “illusionist” with regard to the problem of consciousness (conscious experience), which she sees as a kind of trick the physical brain plays, convincing us of the reality of a conscious mind “inside.”

Blackmore is a Fellow of the Committee for Skeptical Inquiry (formerly CSICOP), and was awarded the CSICOP Distinguished Skeptic Award in 1991. Blackmore’s 2004 book, Consciousness: An Introduction covers the main theories of consciousness and is used as a textbook for students.

According to Wikipedia, Susan Jane Blackmore is a British writer, lecturer, sceptic, broadcaster, and a Visiting Professor at the University of Plymouth. Her fields of research include memetics, parapsychology, consciousness, and she is best known for her book The Meme Machine. She has written or contributed to over 40 books and 60 scholarly articles and is a contributor to The Guardian newspaper.

Other Resources About Susan Blackmore

What Schools Are Affiliated With Susan Blackmore?

Susan Blackmore is affiliated with the following schools:

What Are Susan Blackmore's Academic Contributions?

Susan Blackmore has made the following academic contributions: