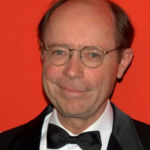 Why Is Tim D. White Influential?

According to Wikipedia, Tim D. White is an American paleoanthropologist and Professor of Integrative Biology at the University of California, Berkeley. He is best known for leading the team which discovered Ardi, the type specimen of Ardipithecus ramidus, a 4.4 million-year-old likely human ancestor. Prior to that discovery, his early career was notable for his work on Lucy as Australopithecus afarensis with discoverer Donald Johanson.

Other Resources About Tim D. White

What Schools Are Affiliated With Tim D. White?

Tim D. White is affiliated with the following schools: