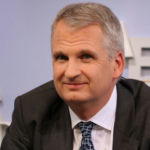 Why Is Timothy D. Snyder Influential?

Timothy David Snyder was born in Ohio in 1969. He received a B.A. in history and political science from Brown University and was awarded a Ph.D in Modern History from the University of Oxford.

His research has focused on the history of Eastern Europe, a study certainly helped by Snyder’s ability to read and/or speak eleven different European languages, including German, Slovak and Russian. His linguistic skills have allowed him greater access to primary sources for his research, and, by being able to read those sources in their native tongue, was able to avoid inaccurate translations that might diminish the accuracy of his analysis. Snyder is a prolific writer, having published numerous essays and five books. His most recent book was The Road to Unfreedom: Russia, Europe, America, which was published in 2018. He has received multiple honors, from the Estonian Order of the Cross of Terra Mariana Class III to the 2017 Prize of the Foundation for Polish Science.

He has been an outspoken critic of President Vladimir Putin of Russia, as well as President Donald Trump of the United States, voicing concerns about authoritarianism and fascism. He is a sitting member of the Committee on Conscience for the United States Holocaust Memorial Museum. He is a professor of history at Yale University and a fellow at the Institute for Human Sciences.

According to Wikipedia, Timothy David Snyder is an American author and historian specializing in the history of Central and Eastern Europe and the Holocaust. He is the Richard C. Levin Professor of History at Yale University and a permanent fellow at the Institute for Human Sciences in Vienna. He has written several books, including the best-sellers Bloodlands: Europe Between Hitler and Stalin and On Tyranny: Twenty Lessons from the Twentieth Century.

Other Resources About Timothy D. Snyder

What Schools Are Affiliated With Timothy D. Snyder?

Timothy D. Snyder is affiliated with the following schools:

Timothy D. Snyder has made the following academic contributions: