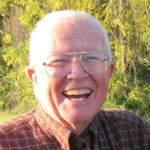 Why Is William M. Bass Influential?

He founded the University of Tennessee Anthropological Research, also known as “The Body Farm”. The Body Farm is a facility where researchers can study the decomposition of the human body under a variety of conditions. This research helps law enforcement and scientists to better understand time and manner of death, based on a better understanding of how the decomposition process works under a given set of conditions.

His research has yielded some surprising results as well, such as when he found that the maggots that fed on the bodies of recreational drug users could be distinguished from others, and that the bodies of cancer victims had a scent that was distinct from that of other bodies.

A retired professor from the University of Tennessee Knoxville, Bass continues to assist federal, state, and local law enforcement with identifying and understanding human remains. He has also written a number of works of fiction under a pseudonym, including Cut To the Bone, The Breaking Point, The Devil’s Bones, and others. He collaborated with Jon Jefferson to write a book about his life and work, titled, Death’s Acre.

According to Wikipedia, William Marvin Bass III is an American forensic anthropologist, best known for his research on human osteology and human decomposition. He has also assisted federal, local, and non-U.S. authorities in the identification of human remains. He taught at the University of Tennessee in Knoxville, and founded the University of Tennessee Anthropological Research Facility, the first such facility in the world. The Facility is more popularly known as "The Body Farm", a name used by crime author Patricia Cornwell in a novel of the same name, which drew inspiration from Bass and his work. Bass has also described the body farm as "Death's Acre" – the title of the book on his life and career, co-written with journalist Jon Jefferson. Jefferson and Bass, under the pen name "Jefferson Bass", have also written several fictional works: Carved In Bone, Flesh and Bone, The Devil's Bones, Bones of Betrayal, The Bone Thief, The Bone Yard, The Inquisitor's Key, Cut To the Bone, and The Breaking Point. Though currently retired from teaching, Bass still plays an active research role in the University's forensic anthropology program.

Other Resources About William M. Bass

What Schools Are Affiliated With William M. Bass?

William M. Bass is affiliated with the following schools: