Meyer or Mendeleev: Who created the periodic table?

Who really created the periodic table? Dmitri Mendeleev typically gets credit, but Julius Lothar Meyer has a compelling case on his side. Renowned chemist Eric Scerri gives us his verdict. 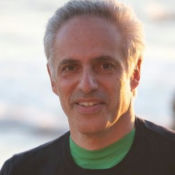 Eric Scerri is Lecturer at the University of California Los Angeles (UCLA). He is also Founder and Editor-in-Chief of Foundations of Chemistry, a triannual a peer-reviewed academic journal.  Scerri is widely acknowledged as an authority on the Periodic Table, appearing in the PBS documentary The Mystery of Matter. He received his bachelor’s of science degree from Westfield College, the King's College London, his MPhil from the University of Southampton and his Ph.D. from King’s College London. Scerri is a highly influential chemist but also a noted historian and philosopher of chemistry.

Who Created the Periodic Table?

What I would like to propose that Meyer deserves as much, if not even more, credit than Mendeleev. To put the matter simply, Meyer discovered the most mature of the 5 earlier periodic systems and had the most advanced scientific views, while Mendeleev was the most adept at applying the periodic table to making predictions of as yet undiscovered elements, three of which were found within a period of 15 years.

Meanwhile Meyer was rather more cautious in that he only made one specific prediction, of an element that became known as germanium when it was later discovered. Meyer also claimed that it was imprudent to assume that the atomic weights of certain elements had been incorrectly determined just because it might be convenient to do so.

For example, both chemists reversed the positions of the elements tellurium and iodine in their periodic tables, as indeed some even earlier discoverers had done. Whereas their measured atomic weights suggested that iodine should be placed before tellurium, doing so would have put both elements in the wrong columns of the periodic table in terms of their chemical properties. However, with his characteristic boldness Mendeleev claimed that the atomic weights of one or both of these elements had been incorrectly determined. It turned out that Mendeleev was quite wrong on this point even though he clung to his view for the rest of his life.

About forty years later it was found that a more correct ordering criterion for the elements is atomic number rather than weight. Only then did the true justification for reversing the elements become available. Up to that point the reversal had been something of an ad hoc move, specifically intended to agree with the chemical behavior of these two elements.

Lothar Meyer’s first tables were published in 1864, well before Mendeleev’s now famous version of 1869. Mendeleev’s scientific views were rather conservative in that he did not believe in the existence of atoms or electrons and nor did he think that radioactivity was important when it was first discovered. He also refused to accept Prout’s hypothesis (William Prout ), that all atoms were composites of the hydrogen atom, because he was suspicious of the notion that all matter was essentially the same. In almost each of these issues Meyer disagreed and it turned out that Meyer’s views prevailed and were later supported by further evidence.

Why does Mendeleev get credit over Meyer?

The reason why we seem to celebrate Mendeleev’s achievements more than those of Meyer seems to be partly due to the determined manner in which Mendeleev applied the periodic table to correct some atomic weights and to successfully predict the existence of new elements. He was also more vociferous and forceful than Meyer when it came to the protracted debate that took place between the two chemists. Furthermore, Mendeleev published his ideas at a time when the Russian chemical society was just getting started and was encouraging the submission of speculative articles for its journal. Meyer was working within a far more established German Chemical Society which discouraged speculative ideas and demanded more caution.

To return to my earlier point, I claim that the discovery of the periodic table belongs to Meyer and even the earlier four chemists, while its exploitation and application was carried out most successfully by Mendeleev. What was Mendeleev doing in 1864 when Meyer published his first rudimentary periodic tables? It turns out he was still in the process of obtaining his doctorate and had not thought very much about classifying the elements as far as we know.

So why is it generally believed that Mendeleev alone discovered the periodic table and why is he ranked above Meyer in the popular imagination? Perhaps the work of Meyer should finally be carefully re-examined and rehabilitated?