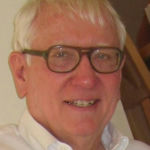 Why Is Bruce Jacob Influential?

According to Wikipedia, Bruce Robert Jacob was an Assistant Attorney General for the State of Florida during the early 1960s. He represented Wainwright, the Director of the Florida Division of Corrections, in the Supreme Court case of Gideon v. Wainwright, decided in March 1963, regarding the right to counsel of indigent defendants in non-capital felony cases in state courts. The attorney representing the Petitioner, Clarence Gideon, was Abe Fortas, a Washington, D.C. lawyer who later became a Justice of the Supreme Court. The previous 1942 Supreme Court case of Betts v. Brady required the appointment of counsel for an indigent defendant at state expense if there was a “special circumstance” present in the case which made it necessary for counsel to be provided for the defendant to receive a fair trial. For example, if the defendant was indigent and was extremely young, or lacked education or experience, was unfamiliar with court procedures, or if the charges against him were complex, the trial court was required under the Due Process Clause of the Fourteenth Amendment to appoint counsel. The Court in Gideon overruled Betts and required state courts to appoint attorneys for defendants in all felony prosecutions.

Other Resources About Bruce Jacob

What Schools Are Affiliated With Bruce Jacob?

Bruce Jacob is affiliated with the following schools: