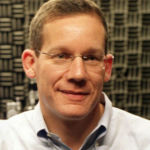 Why Is Charles M. Lieber Influential?

Charles M. Lieber is co-founder of Nanosys and Vista Therapeutics, a pioneer in nanoscience and nanotechnology and a chemist. He earned a B.A. in chemistry from Franklin & Marshall College before earning his Ph.D. from Stanford University. He completed a two-year postdoctoral program at Caltech, where he studied long-distance electron transfer in metalloproteins.

Lieber has made critically important contributions to our understanding of nanomaterials, rational growth and synthesis. His nanoscience work has had applications in fields such biology, medicine, computing and electronics, among others.

He has most recently been working on integrations between nanoelectronics and brain science. For this research he works to map activity within the brain and to study how electronics could be non-invasively integrated with the central nervous system.

He has been widely recognized for his work. He has been the recipient of the Wolf Prize in Chemistry and Nano Research Award, the NIH Director’s Pioneer Award and the Welch Award in Chemistry.

In recent days, Lieber is facing significant professional challenges. He was arrested by the federal government and charged with making false statements regarding his work with China’s Thousand Talent Program, which is affiliated with the controversial Wuhan University of Technology. He has been placed on leave by Harvard University until the situation resolves.

According to Wikipedia, Charles M. Lieber is an American chemist, pioneer in nanoscience and nanotechnology, and a convicted felon. In 2011, Lieber was named the leading chemist in the world for the decade 2000–2010 by Thomson Reuters, based on the impact of his scientific publications. He is known for his contributions to the synthesis, assembly and characterization of nanoscale materials and nanodevices, the application of nanoelectronic devices in biology, and as a mentor to numerous leaders in nanoscience.

Other Resources About Charles M. Lieber

What Schools Are Affiliated With Charles M. Lieber?

Charles M. Lieber is affiliated with the following schools: