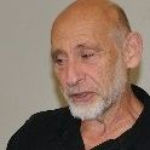 Why Is Leonard Susskind Influential?

Leonard Susskind is Professor of Theoretical Physics at Stanford University, and the Founding Director for the Stanford Institute for Theoretical Physics. Among many specialties in physics, including quantum field theory, quantum statistical mechanics and quantum cosmology, Susskind is widely regarded as one of the fathers of string theory. In 1995, he was the first physicist to precisely define the string theory concept for physics. Susskind actually began working as a plumber as a teenager, and later entered the City College of New York, graduating with a B.S. in Physics in 1962. He received his Ph.D. in 1965 in Physics from Cornell University.

Susskind began as an assistant professor of physics at Yeshiva University and then Tel Aviv before landing his role at Stanford University. His career has been marked by notable contributions in the areas of the application of string theory to explanations of the “dual resonance” model of strong interactions in particle physics. Along with colleagues Yoichiro Nambu and Holger Bech Nielsen, Susskind played a major role in bringing string theory into the discussion of physics, thereby cementing his place as a major physicist of the late 20th century.

Susskind’s The Cosmic Landscape and The Black Hole War books have brought him more mainstream attention as a major thinker in physics and cosmology. He won the Pomeranchuk Prize in 2008, an award for distinguished science writing, and the Sakurai Prize in 1998, along with a Boris Pregel Award from the New York Academy of Sciences in 1975.

According to Wikipedia, Leonard Susskind is an American physicist, who is a professor of theoretical physics at Stanford University, and founding director of the Stanford Institute for Theoretical Physics. His research interests include string theory, quantum field theory, quantum statistical mechanics and quantum cosmology. He is a member of the US National Academy of Sciences, and the American Academy of Arts and Sciences, an associate member of the faculty of Canada's Perimeter Institute for Theoretical Physics, and a distinguished professor of the Korea Institute for Advanced Study.

Other Resources About Leonard Susskind

What Schools Are Affiliated With Leonard Susskind?

Leonard Susskind is affiliated with the following schools:

What Are Leonard Susskind's Academic Contributions?

Leonard Susskind has made the following academic contributions: