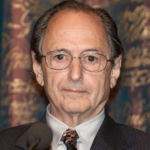 Biophysicist and Professor of Structural biology

Why Is Michael Levitt Influential?

Levitt is Professor of Structural Biology at Stanford University. He is also known as a biophysicist. Levitt is widely recognized for his research in chemistry, winning the Nobel Prize in Chemistry in 2013 (along with colleagues Martin Karplus and Arieh Warshel). He initially studied mathematics and physics, earning his bachelor’s degree in Physics in King’s College London in 1967. He received his Ph.D. in Computational Biology at the University of Cambridge, England.

Levitt has served on the scientific advisory boards of numerous companies, including Dupont Merck Pharmaceuticals and 3D Pharmaceuticals. He was elected Fellow of the Royal Society in 2001. In 2002, he became a member of the National Academy of Sciences, and he received the DeLano Award for Computational Biosciences in 2014.

According to Wikipedia, Michael Levitt, is a South African-born biophysicist and a professor of structural biology at Stanford University, a position he has held since 1987. Levitt received the 2013 Nobel Prize in Chemistry, together with Martin Karplus and Arieh Warshel, for "the development of multiscale models for complex chemical systems". In 2018, Levitt was a founding co-editor of the Annual Review of Biomedical Data Science.

Other Resources About Michael Levitt

What Schools Are Affiliated With Michael Levitt?

Michael Levitt is affiliated with the following schools: