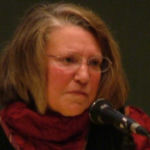 Why Is Nancy Fraser Influential?

Nancy Fraser is a critic of contemporary liberal feminism and identity politics. She is the Henry A. and Louise Loeb Professor of Political and Social Science and professor of philosophy at The New School. She earned her B.A. in philosophy from Bryn Mawr and her Ph.D in philosophy from the City University of New York Graduate Center.

Fraser has been International Research Chair in Social Justice for Collège d’études mondiales in Paris, a visiting professor in women’s rights for University of Cambridge and Senior fellow for the Center for Advanced Studies, “Justitia Amplificata,” in Frankfurt. She is president of the American Philosophical Association’s Eastern Division. In 2018, she was honored with the Nessim Habif World Prize by The Graduate Institute, the Award for Lifetime Contribution to Critical Scholarship by the Havens Center for Social Justice at the University of Wisconsin, and the Chevalier de la Legion d’honneur.

According to Wikipedia, Nancy Fraser is an American philosopher, critical theorist, feminist, and the Henry A. and Louise Loeb Professor of Political and Social Science and professor of philosophy at The New School in New York City. Widely known for her critique of identity politics and her philosophical work on the concept of justice, Fraser is also a staunch critic of contemporary liberal feminism and its abandonment of social justice issues. Fraser holds honorary doctoral degrees from four universities in three countries, and won the 2010 Alfred Schutz Prize in Social Philosophy from the American Philosophical Association. She is President of the American Philosophical Association Eastern Division.

Other Resources About Nancy Fraser

What Schools Are Affiliated With Nancy Fraser?

Nancy Fraser is affiliated with the following schools: