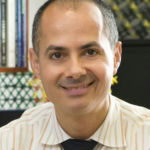 Why Is Omar M. Yaghi Influential?

Yaghi is widely considered the pioneer of reticular chemistry, a branch of chemistry concerned with combining molecular building blocks together to synthesize new compounds and materials. Such products have proven beneficial in clean energy technologies such as hydrogen and methane storage.

Yaghi is the second most cited chemist in the world! He has received awards for the design and synthesis of important materials by the American Chemical Society as well as industry giants like Exxon, notably with the Solid State Chemistry Award. The American Association for the Advancement of Science awarded him the Newcomb Cleveland Prize, and he won the Chemistry of Materials Award from the American Chemical Society in 2009. As if these weren’t enough, the World Cultural Council awarded the Albert Einstein World Award of Science. He also received the Wolf Prize in Chemistry in 2018.

According to Wikipedia, Omar M. Yaghi is the James and Neeltje Tretter Chair Professor of Chemistry at the University of California, Berkeley, and an elected member of the US National Academy of Sciences. Early life and education Yaghi was born in Amman, Jordan in 1965 to a refugee family, originally from Mandatory Palestine. He grew up in a household with many children, but only had limited access to clean water and without electricity. At the age of 15, he moved to the United States at the encouragement of his father. Although he knew little English, he began classes at Hudson Valley Community College, and later transferred to the University at Albany, SUNY to finish his college degree. He began his graduate studies at University of Illinois, Urbana-Champaign and received his PhD in 1990 under the guidance of Walter G. Klemperer. He was a National Science Foundation Postdoctoral Fellow at Harvard University with Professor Richard H. Holm.

Other Resources About Omar M. Yaghi

What Schools Are Affiliated With Omar M. Yaghi?

Omar M. Yaghi is affiliated with the following schools: