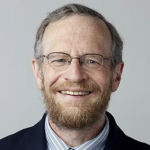 Why Is Richard Alley Influential?

Areas of Specialization: Glaciology, Ice and Climate, Sea Level Change, Abrupt Climate Change
Richard Alley is the Evan Pugh Professor of Geosciences at Pennsylvania State University and among the most highly cited researchers in the world. He attended Ohio State University before earning a Ph.D. from the University of Wisconsin–Madison.

Alley is a prolific writer with more than 240 scientific publications. He has specialized in the study of Earth’s cryosphere and climate change. He has been a highly-sought expert voice, testifying before the U.S. Senate Committee on Commerce, Science and Transportation and the U.S. House Committee on Science and Technology.

He has been a critically important voice on the issue of climate change. In 2007, he shared the Nobel Peace Prize with former Vice President Al Gore and his colleagues on the United Nations Intergovernmental Panel on Climate Change, for their work studying the stability of ice sheets and glaciers.

Alley has also hosted programs on climate change, including PBS’ Earth: The Operators’ Manual, which featured frank discussions about efforts to reduce or slow climate change. In 2017, he was awarded the Wollaston Medal by the Geological Society of London. He is a member of the National Academy of Sciences, a Fellow of the American Academy of Arts and Sciences, and a “thorn in the backside” of politicians hoping to ignore climate change.

According to Wikipedia, Richard Blane Alley is an American geologist and Evan Pugh Professor of Geosciences at Pennsylvania State University. He has authored more than 240 refereed scientific publications about the relationships between Earth's cryosphere and global climate change, and is recognized by the Institute for Scientific Information as a "highly cited researcher."

Other Resources About Richard Alley

What Schools Are Affiliated With Richard Alley?

Richard Alley is affiliated with the following schools: