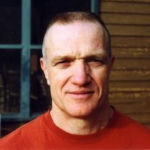 Why Is Robert Bryant Influential?

According to Wikipedia, Robert Leamon Bryant is an American mathematician. He works at Duke University and specializes in differential geometry. Education and career Bryant grew up in a farming family in Harnett County and was a first-generation college student. He obtained a bachelor's degree at North Caroline State University at Raleigh in 1974 and a PhD at University of North Carolina at Chapel Hill in 1979. His thesis was entitled "Some Aspects of the Local and Global Theory of Pfaffian Systems" and was written under the supervision of Robert Gardner.

Other Resources About Robert Bryant

What Schools Are Affiliated With Robert Bryant ?

Robert Bryant is affiliated with the following schools: