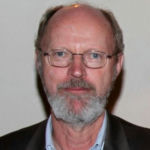 Why Is Robert H. Grubbs Influential?

Grubbs’s work in chemistry has focused on organometallic chemistry, a relatively new field at the time of his initial research efforts in the late 1960s. He is also a specialist in synthetic chemistry, an exciting field that studies the structure, properties, and reactions of organic compounds. His work has important application for the creation of polymers, pharmaceuticals, and petrochemicals. He is known for developing a family of catalysts, one of which bears his name: the Grubbs catalyst.

Grubbs won the Nobel Prize in Chemistry in 2005, along with Richard R. Schrock and Yves Chauvin. In addition, Grubbs became a member of the National Academy of Sciences in 1989 and the American Academy of Arts and Sciences in 1994. In 2009, he became Fellow of the American Chemical Society.

According to Wikipedia, Robert Howard Grubbs ForMemRS was an American chemist and the Victor and Elizabeth Atkins Professor of Chemistry at the California Institute of Technology in Pasadena, California. He was a co-recipient of the 2005 Nobel Prize in Chemistry for his work on olefin metathesis.

Other Resources About Robert H. Grubbs

What Schools Are Affiliated With Robert H. Grubbs?

Robert H. Grubbs is affiliated with the following schools: