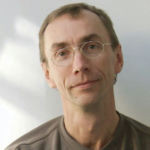 Why Is Svante Pääbo Influential?

Svante Pääbo is the director of the Department of Genetics at the Max Planck Institute for Evolutionary Anthropology and an expert in the field of evolutionary genetics. He earned his Ph.D. from Uppsala University.

Among the founders of the field of paleogenetics, Pääbo has conducted significant research into early human genetics and has successfully sequenced Neanderthal mitochondrial DNA from a sample found in modern-day Germany. In 2009, he and his colleagues announced that they had completed their first attempt at a complete mapping of the Neanderthal genome. This discovery was followed in 2010 by findings that a fingerbone found in Siberia belonged to a previously undiscovered human ancestor, the Denisova hominin.

He has been honored with the Gottfried Wilhelm Leibniz Prize of the Deutsche Forschungsgemeinschaft, the Louis-Jeantet Prize for Medicine, the Kistler Prize, the Theodor Bucher Medal for outstanding achievements in biochemistry and molecular biology, the Gruber Prize in Genetics, and the Princess of Asturias Award.

Although his findings are not always immediately accepted by the scientific community, particularly as it pertains to interbreeding between early Neanderthals and Denisovans, he has contributed vastly to our understanding of early human ancestry. He published a book that was half-memoir, half-science called Neanderthal Man: In Search of Lost Genomes, in which he talks about his scientific work and his own life.

According to Wikipedia, Svante Pääbo is a Swedish geneticist specialising in the field of evolutionary genetics. As one of the founders of paleogenetics, he has worked extensively on the neanderthal genome. Since 1997, he has been director of the Department of Genetics at the Max Planck Institute for Evolutionary Anthropology in Leipzig, Germany.

Other Resources About Svante Pääbo

What Schools Are Affiliated With Svante Pääbo?

Svante Pääbo is affiliated with the following schools:

What Are Svante Pääbo's Academic Contributions?

Svante Pääbo has made the following academic contributions: