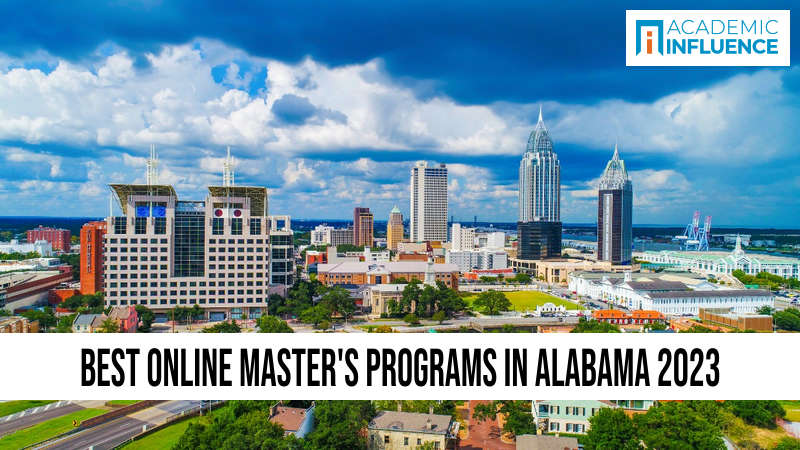 Colleges and Universities in Alabama

Online students and traditional students alike have a lot of options in the state of Alabama. The 54 colleges and universities in Alabama allow students to pursue associate, bachelor’s, master’s, and doctoral degrees in many fields all over the state, as well as through a variety of excellent online degree programs. Some of the most notable degree areas include law, nursing, biology, history, engineering, and religious studies.

Students in Alabama can study any of these subjects either online or through online courses. If you’re looking for educational flexible education, Alabama has over 20 colleges and universities offering online degree programs.

Additionally, students who need more flexibility can take advantage of the satellite campuses, like at the University of North Alabama. Alabama also has a larger number of online college offerings. With 70 online degree programs offered at the University of Alabama alone, in-state residents have a lot of degree options, both for a traditional and online education.

For die-hard football fans and lovers of sweet tea, obtaining a higher education degree in Alabama can seem like an obvious choice. The Yellowhammer State, however, is also home to a unique mixture of coastal, mountainous, and swamp environments, making it a great choice for students who love soaking up the outdoors.

And if you’re looking for a mix of the campus experience and online education, many schools in Alabama have hybrid programs. With a hybrid program, you can take both online courses and classes on campus.

What are Alabama’s Colleges & Universities?

Online master’s degrees offered by respected colleges and universities are generally respected by employers. The main thing to consider about your online master’s choices is whether the school name is well known and respected. In many cases, employers won’t know your degree was earned online. But even if they do, a degree from a respected college is automatically to your benefit.

We rank the colleges and universities in this list by the influence of their alumni and faculty. For master’s degree students, including online master’s degree students, having faculty who are influential in your field matters a lot. It’s a big indicator that you have the chance to get a quality education. And, knowing that you will join an alumni association with some impressive people is nice, too.

If this is your first time taking an online course, the experience may require some adjustment. While you’ll generally learn the same content and take the same exams as your on-campus peers, the medium will likely require you to manage much of this experience independently. You’ll be accountable for your own time management, your ability to harness the technology at your fingertips, and your ability to focus on the lectures, lessons, and assignments at hand. This means you’ll need to create a suitable workspace for yourself, maintain a realistic schedule, and take it upon yourself to build relationships with your instructors and classmates. With online college, your goal is to find a balance between independence and engagement.

In most cases, as long you graduate from a well-regarded, regionally-accredited online college, prospective employers won’t look sideways at your degree. In fact, unless you attend an exclusively online college or university, there will likely be no specific indicator on your degree, transcript or resume differentiating your school from its brick-and-mortar counterpart. This means that your employer will likely only differentiate between an online and in-person degree if you mention this distinction.

While some employers may express concern about making the adjustment from online education to in-person workplace collaboration, many other employers will view your online degree as evidence of valuable 21st Century professional skills such as independence, self-motivation, time management, and tech savvy.

The advantages of online classes are many. First and foremost, online courses give you the freedom and flexibility to attend class from anywhere that works for you, whether you’re at home, in a coffee shop, or in a quiet conference room at work. In many cases, you’ll also enjoy the convenience of asynchronous learning opportunities-educational experiences that you can complete on your own schedule. This may include pre-taped lectures, ongoing chat-board discussions, and 24/7 access to digital materials. And of course, just as there are some learners who prefer the energy of a live classroom, there are those who learn best when working in their own personal space, free from distractions. If this sounds like you, you might find the solitude of online learning to be a major advantage.

If you are a student who thrives on the dynamic energy of in-person discussion, who requires the physical surroundings of a classroom to feel engaged, or who considers the social aspects of education to be of equal importance to the actual content of your courses, online education will require some adjustment.

While there is much that can be supplanted or simulated through the online medium, some students may find that there is nothing which can replace the conversation, collaboration, and motivation that occur in an actual classroom setting. As you make the adjustment to online education, one of the biggest challenges you will likely face is overcoming this difference in order to the get the most out of your classes. Fortunately, we’ve got some great Tips for Online Education Beginners.

How do we determine Alabama's best online master's degree programs?