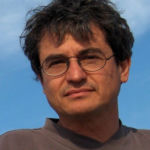 Why Is Carlo Rovelli Influential?

Italian Quantum Physicist Carlo Rovelli currently holds the title of Director of the quantum gravity team at the Centre de Physique Théorique at Aix-Marseille University in Provence, France. Previously, Rovelli was a professor at Pittsburgh University, and held fellowships at Syracuse University and Yale University. Rovelli completed his BS and MS in physics at the University of Bologna in 1981, and his PhD at the University of Padova in 1986.

Rovelli is a prominent figure in quantum and theoretical physics. In particular, he is recognized as a co-founder of the loop quantum gravity theory, along with Lee Smolin and Abhay Ashtekar. In its most distilled version, this theory argues that space itself (not just matter) trends toward what we recognize as an atomic structure. Building on the concept of spin networks, this approach argues that even at a very small level, space and volume are quantized and structured in a discrete way: a series of finite loops. While quantum gravity remains a very theoretical field full of debate, loop quantum gravity theory is a leading view in the conversation.

According to Wikipedia, Carlo Rovelli is an Italian theoretical physicist and writer who has worked in Italy, the United States and, since 2000, in France. He is also currently a Distinguished Visiting Research Chair at the Perimeter Institute. He works mainly in the field of quantum gravity and is a founder of loop quantum gravity theory. He has also worked in the history and philosophy of science. He collaborates with several Italian newspapers, including the cultural supplements of the Corriere della Sera, Il Sole 24 Ore and La Repubblica.

Other Resources About Carlo Rovelli

What Schools Are Affiliated With Carlo Rovelli?

Carlo Rovelli is affiliated with the following schools:

What Are Carlo Rovelli's Academic Contributions?

Carlo Rovelli has made the following academic contributions: