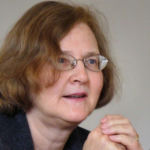 Why Is Elizabeth Blackburn Influential?

Elizabeth Blackburn is a researcher at the University of California at San Francisco, studying the impacts of stress on telomerase and telomeres. She is the former president of the Salk Institute for Biological Studies and the first Australian woman to win a Nobel prize. She earned a bachelor of science and a master of science from the University of Melbourne. She went on to earn a Ph.D. from the University of Cambridge. She is best known for her co-discovery of the telomerase, which is the enzyme that replenishes telomere. She and colleagues Carol W. Greider and Jack Szostak were awarded the Nobel Prize in Physiology or Medicine in 2009 for this work. Her research on telomerase has explored ways that mental health can impact physical health, investigating the impacts of meditation and social bonds.

She has received numerous awards for her work, including the Eli Lilly Research Award for Microbiology and Immunology, California Scientist of the Year for 1999, an American Cancer Society Medal of Honor, Wiley Prize in Biomedical Sciences, and the Royal Medal of the Royal Society.

She was named a Companion of the Order of Australia for her service as a leader in biomedical research, and the discovery of telomerase.

According to Wikipedia, Elizabeth Helen Blackburn, is an Australian-American Nobel laureate who is the former president of the Salk Institute for Biological Studies. Previously she was a biological researcher at the University of California, San Francisco, who studied the telomere, a structure at the end of chromosomes that protects the chromosome. In 1984, Blackburn co-discovered telomerase, the enzyme that replenishes the telomere, with Carol W. Greider. For this work, she was awarded the 2009 Nobel Prize in Physiology or Medicine, sharing it with Greider and Jack W. Szostak, becoming the first Australian woman Nobel laureate. She also worked in medical ethics, and was controversially dismissed from the Bush administration's President's Council on Bioethics.

Other Resources About Elizabeth Blackburn

What Schools Are Affiliated With Elizabeth Blackburn?

Elizabeth Blackburn is affiliated with the following schools: