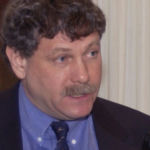 Why Is Eric Lander Influential?

Areas of Specialization: Systems Biology, Genetics
Eric Lander is founding director of the Broad Institute at the Massachusetts Institute of Technology and Harvard University, Professor of Biology at Massachusetts Institute of Technology, and Professor of Systems Biology at Harvard Medical School. He graduated from Princeton University as valedictorian, with a BS in mathematics. He went on to attend University of Oxford as a Rhodes Scholar, where he earned his PhD He is a founder of Verastem and a founding advisor of Foundation Medicine.

He began his career in mathematics, but soon started looking at mathematical applications in neurobiology. In order to make the transition, he studied cellular neurobiology and later microbiology and genetics. He founded the Whitehead Institute/MIT Center for Genome Research which quickly became one of the world’s leading genomic research centers.

He became a MacArthur Fellow in 1987, and a co-chair for the Council of Advisors on Science and Technology for the Obama Administration in 2008. He was honored with the Breakthrough Prize in Life Sciences in 2013 and with the William Allan Award of the American Society of Human Genetics in 2017. Among his most impactful contributions is his molecular taxonomy for cancer, which groups cancers based on their gene expression, and correlates that information to chemotherapy response.

According to Wikipedia, Eric Steven Lander is an American mathematician and geneticist who served as the 11th director of the Office of Science and Technology Policy and Science Advisor to the President, serving on the presidential Cabinet. Lander is a professor of biology at the Massachusetts Institute of Technology , a professor of systems biology at Harvard Medical School, a former member of the Whitehead Institute, and the founding director of the Broad Institute. He is a 1987 MacArthur Fellow and Rhodes Scholar. Lander co-chaired President Barack Obama's Council of Advisors on Science and Technology. Lander announced he would resign from the Biden Administration effective February 18, 2022 after allegations surfaced he had engaged in bullying and abusive conduct directed against his subordinates and other White House staff.

Other Resources About Eric Lander

What Schools Are Affiliated With Eric Lander?

Eric Lander is affiliated with the following schools: