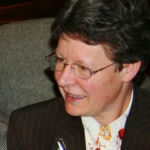 Why Is Jocelyn Bell Burnell Influential?

Burnell is quite famous for discovering the first radio pulsars while still a graduate student in 1967. While Burnell’s name was included among the five authors of the paper that won the 1974 Nobel Prize in Physics, Bell did not receive a prize or recognition from the committee; this has been a point of controversy, though Burnell does not herself seem to take issue with it. Given her presence at so many major institutions, both inside and outside of academia, Burnell’s influence in astrophysics is a fundamental one. Her role in advancing our knowledge of pulsars, as well as the application of radio telescopes, has guided the field into the twenty-first century.

Though snubbed by the Nobel committee, Burnell was awarded the Special Breakthrough Prize in Fundamental Physics in 2012; Burnell promptly donated the entirety of the £2.3 million prize to the Institute of Physics with the goal of helping fund marginalized students in their goals of becoming physics researchers. Additionally, she has received awards and honors such as the Institute of Physics President’s Medal, the Royal Medal of the Royal Society, the J. Robert Oppenheimer Memorial Prize, and the Grande Médaille of the French Academy of Sciences.

According to Wikipedia, Dame Susan Jocelyn Bell Burnell is an astrophysicist from Northern Ireland who, as a postgraduate student, discovered the first radio pulsars in 1967. The discovery eventually earned the Nobel Prize in Physics in 1974; however, she was not one of the prize's recipients.

Other Resources About Jocelyn Bell Burnell

What Schools Are Affiliated With Jocelyn Bell Burnell?

Jocelyn Bell Burnell is affiliated with the following schools: