Why Is My Professor So Weird? Here are 10 Possible Reasons

Professors come in a wide variety: the stodgy literature professor who hasn’t cracked a smile from behind his mustache in 40 years; the searingly brilliant mathematician who can never remember where she put her car keys (spoiler alert: she rode a bike here); the aging-hippie history prof who schluffs around the front of the room in Birkenstocks, spinning captivating anecdotes about the Civil War but, who you know, in his heart, is still on Phish tour in the early-90s. And don’t forget the long-suffering adjunct, subsisting on a diet of vending machine snacks and toiling in the cruel obscurity of your university’s vaunted doctoral program.

It takes all kinds to make a university go ’round. But most of them have something in common. They’re a pretty weird bunch. Eccentricity ripples through the ivory tower like fog mists over a mountaintop. Why are academics so strange? Why are professors so peculiar? Does the doctoral beget the oddball, or does oddness predispose one to a PhD? 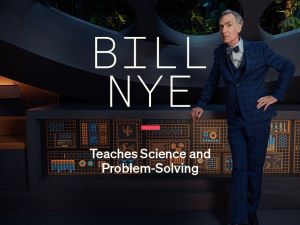 These questions prompted us to think of frequently paraphrased and mis-attributed quote which, in actuality, belongs to French intellectual and Revolution-era writer Germaine de Staël . When her “De l’Allemagne” was excerpted and translated to English for 1814 publication in The Universal Magazine, it produced the following observation:

“… sometimes even in the habitual course of life, the reality of this world disappears all at once, and we feel ourselves in the middle of its interests as we should at a ball, where we did not hear the music; the dancing that we saw there would appear insane.”

This is a romantic take on professorial eccentricity, to be sure, but it probably won’t help you communicate effectively during office hours?

Lucky for you, we’ve come up with 10 answers that may actually help you relate a little better to the colorful character lecturing before you:

Our goal here is neither to frighten you away from your own doctoral experience, nor to alienate you from your professors. To the former, we intend only to provide fair warning, and to the latter, we hope to extend a greater appreciation for where these eccentricities come from, and why they may actually be a key ingredient in that rare elixir which makes for professorial excellence.

Now that you know what your professors have been through, you might be just a little better prepared for your own journey into a life of hardcore academia. Start with a look at: