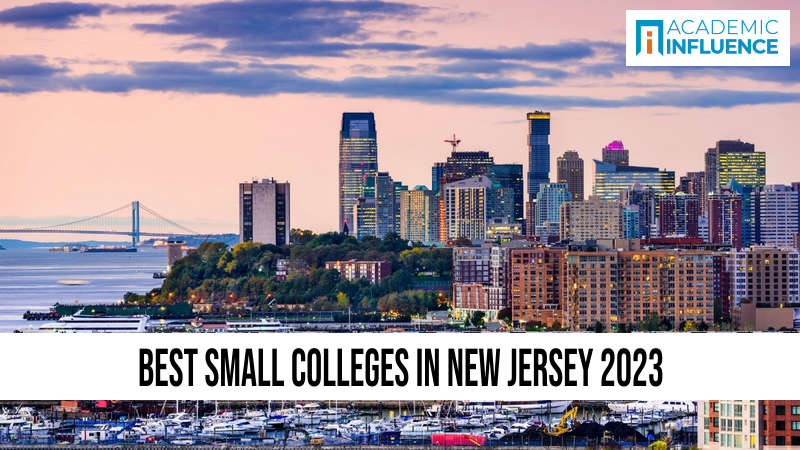 Small colleges in New Jersey are a great option for students interested in a more intimate campus experience, more personal attention from excellent professors, and more immediate access to support services. Whether the focus is on the technical or on the liberal arts, small colleges give you the chance to pursue a well-rounded education while working closely with classmates and professors in a dynamic community atmosphere.

Colleges and Universities in New Jersey

Nearly half of the colleges and universities in this state are private, and tuition rates range from $6,000 to $52,000. With a graduation rate of 97% and a student population of just over 7,000, Princeton University is the state’s most esteemed institution. Narrowing in on the sciences and arts, this Ivy League school offers unique areas of study, including robotics, intelligent systems, and public life. The remaining 31 public colleges and universities range in tuition from $4,000 to $17,000.

The state’s largest and top-ranked public research institution is Rutgers University. With campuses in New Brunswick, Newark, and Camden as well as smaller locations across the state, Rutgers awards degrees in physics, economics, criminal justice, and psychology. New Jersey also has 11 religiously affiliated colleges and universities, including the oldest diocesan university in the United States, Seton Hall University. This Roman Catholic university has a tuition rate of $42,000 and a student population of over 8,000.

New Jersey, known for its sandy shores and busy expressways, also has more diners than any other state in the U.S., as well as the world’s longest boardwalk, located in Atlantic City. Many influential people, including Buzz Aldrin, Frank Sinatra, and Thomas Edison, have called The Garden State home. Visitors can even peek at some of Edison’s early light bulbs at the Menlo Park Museum. And with 50 higher learning institutions to choose from, students can find a school that suits their career path and budget.

Learn more about earning your degree from one of New Jersey’s highly regarded colleges and universities.

What are New Jersey’s Colleges & Universities?

The following list of the best small colleges and universities in New Jersey is composed mainly of four-year undergraduate schools (though a handful also offer graduate programs). We’ve identified 12 small colleges in New Jersey. To be included schools must fully accredited, and must have student body populations below 5,000 students.

How do we determine New Jersey's best small colleges and universities?

New Jersey’s Best Small College in Your Area of Interest