Find college admissions counselors in Oklahoma. Getting into a top ranked college requires more than straight A’s. You need expert help; we help you find quality college consultants near your city and state.

According to our college consulting expert, David H. Nguyen, PhD, founder of Next Level Prep, Location is pertinent to finding the best educational consultant agencies because companies based in a region will understand the characteristics that admissions officers look for in students from high schools in that region. There is an edge that consultants gain from having worked with many students in the same region. That’s why our college consulting agencies are broken down state-by-state.

Most high school students have extremely limited access to direct guidance during the college admissions process. According to The New York Times, during the 2012–2016 school year, every public school counselor in the U.S. was assigned an average of 470 students! That doesn’t leave much time for one-on-one support as you figure out how to complete your FAFSA, decide which extracurriculars improve your chances of college admission, and what application strategies can help you stand out in a sea of other excellent students.

College admissions consultants, or college coaches, can help fill that gap, and give you a major advantage in finding the school of your choice.

Find College Admissions Counselors Close to You in Oklahoma

Agencies are listed alphabetically within their cities.

Find the admissions help you need through one of these global leaders:

Find College Admissions Consultants Near You

Colleges and Universities in Oklahoma

Less than half of the schools in Oklahoma are private schools. However, students who attend one these schools can expect a more intimate college experience, as each has a student population smaller than 4,000 students. The largest private school, the University of Tulsa, offers degrees in fields like education, criminal justice, and literature, with tuition fees around $41,000. The public schools tend to be more cost-friendly, with tuition ranging from $4,000 to $9,000 per year.

The University of Oklahoma, the state’s largest public school, costs about $9,000 and serves over 24,000 students. Here, students can partake in competitive on-campus programs in fields like communications and social work, or pursue one of the 30 graduate degrees and certificates online. Oklahoma is also home to several religiously affiliated schools, like Oral Roberts University and Bacone College. Students hoping to pursue a career as a physician, physician’s assistant, or dentist may also want to consider earning their degree here as the state offers several loan forgiveness programs to those who qualify.

The state of Oklahoma is serious about its food — so serious they even declared an official state meal, which consists of fried okra, cornbread, barbecue pork, squash, biscuits, sausage and gravy, grits, corn, strawberries, chicken fried steak, black-eyed peas, and pecan pie. Those hoping to feed both their bellies and their minds can attend one of Oklahoma’s more than 40 colleges and universities.

To learn more about earning your degree in Oklahoma, check out some of the state’s top programs.

What are Oklahoma’s Colleges & Universities? 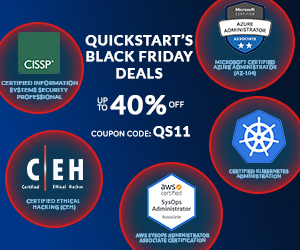