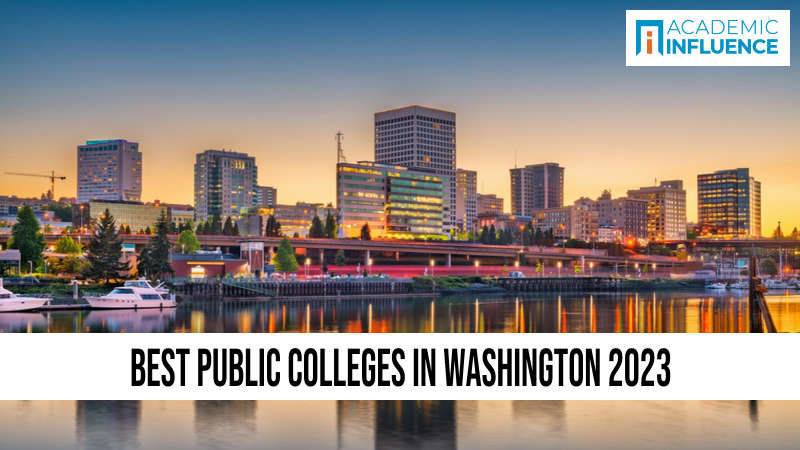 Colleges and Universities in Washington

Of the 40 public options, the University of Washington in Seattle is the largest. Roughly 40,000 students attend classes in fields like nursing, education, biology, and computer science. This public research institution is also affordable, charging about $11,000 for tuition. In fact, none of the public schools in Washington exceed $12,000 in price. This includes community colleges, technical colleges, and four-year universities, making Washington a uniquely affordable place to earn your associate, bachelor’s, master’s, or doctoral degree.

Washington also has 24 private institutions. Of those, nine are religious. The most widely known of these, Catholic university Gonzaga enrolls roughly 7,000 students, at a cost of $40,000, in areas such as religious studies, engineering, and law. Central Washington University (CWU) is a smaller public school, serving just over 12,000 students, and has a tuition of $8,000. With 15% of its population being Hispanic, CWU is now recognized as an emerging Hispanic-Serving Institution. Washington health professions also have the opportunity to receive funding for loan repayment through Washington’s Health Professional Loan Repayment Program.

Set in the Pacific Northwest, Washington offers ocean beaches and lush forests. In fact, over half the state is covered in forests, earning Washington its nickname as The Evergreen State. Viewers atop the Space Needle in Seattle can take in the sights of Puget Sound, Mount Rainier, and both the Cascades and Olympic mountain ranges. In addition, prospective students can choose from over 60 higher education institutions in the state.

Check out the top higher education programs and find an affordable degree in Washington.

What are Washington’s Colleges & Universities?

How do we determine Washington's best public colleges and universities?

Washington’s Best Public College in Your Area of Interest